Tucked away on an unassuming side street in North Philly, a large portion of the vacant lots on the west side of the 2500 block of North Warnock Street are buzzing with life and innovation. What once was a series of crumbling rowhomes is now a hub of outdoor learning for young people interested in self-sufficiency, regenerative systems, and improving their connection to the earth through the programming of PhillyEarth. 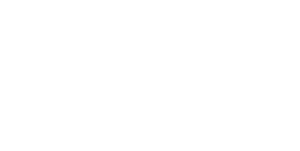 Since 2012, PhillyEarth has been the Permaculture education and demonstration center of The Village of Arts and Humanities, a nonprofit that has become a mainstay of the neighborhood since its inception nearly 30 years ago. While a large portion of the day-to-day arts and professional training that goes on at The Village is housed in its various reclaimed rowhome offices, the organization is famous for its public murals, mosaics, sculpture gardens, and neighborhood aesthetic improvements spanning for many blocks around. PhillyEarth’s mission adds to that history of cultural preservation and community empowerment by using underutilized space for growing food and constructing multifunctional infrastructure out of repurposed materials.

PhillyEarth works with youth of varying ages from the surrounding neighborhoods and recruited through Saul Agricultural High School for a semester at a time, roughly three months each. The current session, over in early March, has 16 students. Robyn had the privilege of meeting half of the middle and high school students over the last week for a conversation about orchards and healthy eating and fruit tree pruning, respectively. The education they’re getting from PhillyEarth and its partners is unlike anything they’re getting in their schools, so there was plenty of excitement in the room as questions came up about the life cycles of perennial plants, ingredients in the foods we eat, where foods come from, what “organic” means, and much, much more.

POP planted several fruit trees with the Village back in 2010 and has partnered with the PhillyEarth program since its inception.  Last year the relationship and the orchard space were expanded through the installation of PhillyEarth’s demonstration food forest on the corner of North Warnock Street and West Cumberland Street. Hundreds of perennial herbs and groundcovers, berry brambles, berry shrubs, and young fruit trees were planted in spring and fall of 2016 with the help of POP volunteers.  The new plantings were made possible by a grant from the Philadelphia Chapter of the Garden Club of America.

Jon Hopkins, PhillyEarth’s Director, and the youth with whom he works are excited about their future of fruit. Despite the immaturity of most of the orchard plantings, participants in PhillyEarth programming harvested upwards of 200 pounds of fruit and herbs in 2016. “At the farmstand, the hottest ticket items are the fruits, especially with the kids,” Hopkins said, while the youth around him nodded emphatically. He estimates that half of the produce grown on site is sold by youth at their farmstand next to the main Village of Arts building on Germantown Avenue, and the rest is taken home to PhillyEarth families. Whatever isn’t consumed by humans is fed to the chickens who live at the farm, and everything that’s inedible becomes compost to build soil for next season’s food. Nothing goes to waste.

In addition to providing a safe space for youth to spend their time outside of school, the farm and food forest are full of projects constructed by the youth which demonstrate PhillyEarth’s core values of caring for people, caring for the earth, and working towards a healthy future. There are chickens housed in a chicken coop, a cob oven (sculpted sand, clay, and straw) , an Earthship greenhouse, an aquaponics system powered by solar panels, benches made out of pallets, big flower sculptures made from old hubcaps, a solar dehydrator, a living willow fence, and more. The PhillyEarth website has dozens of blog posts highlighting the many other sustainability and self-sufficiency projects that youth and neighborhood volunteers have participated in over the past few years. There’s a lot of beauty and ingenuity in frugality, and a really bright future in neighborhoods growing their own food. Like many of POP’s partners, PhillyEarth is leading the way.

This Orchard Update written by POP Orchard Director Robyn Mello.
SUPPORT US!  If you found this entry useful, informative, or inspiring, please consider a donation of any size to help POP in planting and supporting community orchards in Philadelphia: phillyorchards.org/donate.